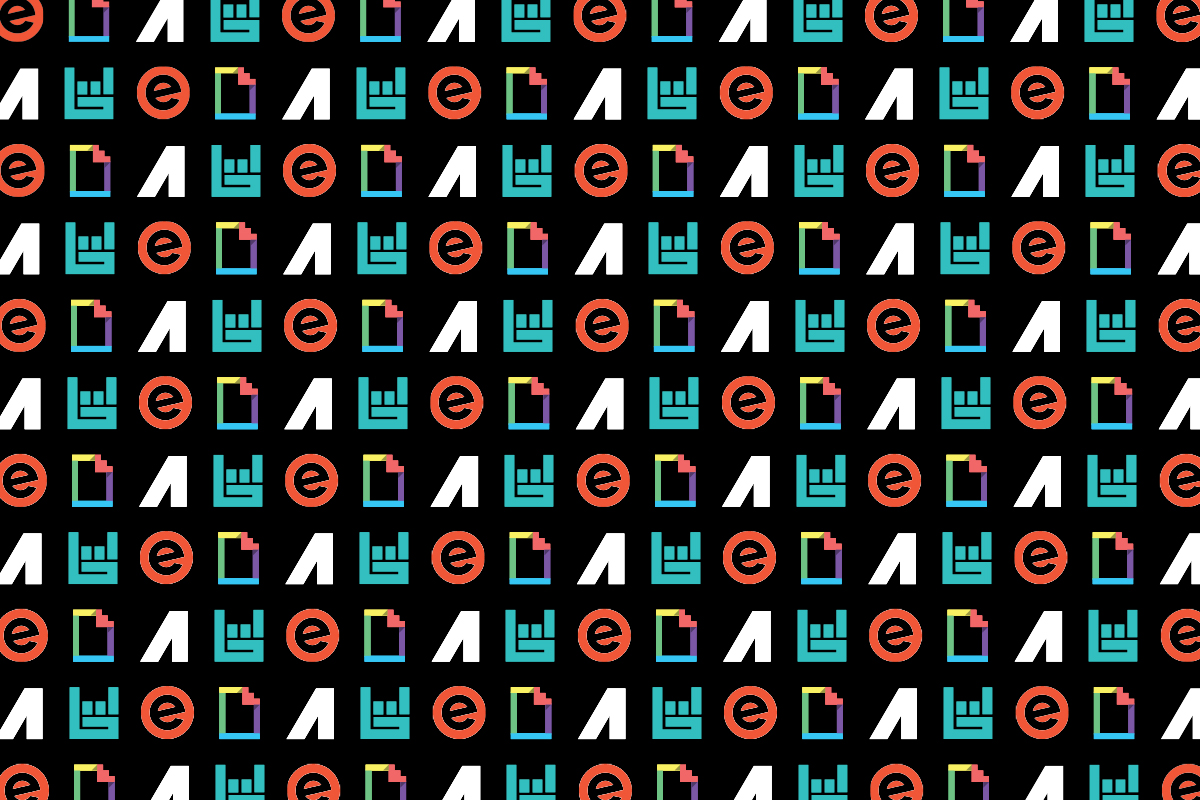 Beyond the Playlist: Artist Marketing Tools

Simple truths get lost in music’s everyday shuffle. A handful of platforms — merch, social, streaming, live — play such a dominant part in artist teams’ successes and failures that it’s easy to forget nothing (or few things) last forever. It’s also easy to forget that fanbases are fragmented. Rising star Jessie Reyez has 1.1M followers on Instagram and 86.1K on Twitter, a 13x delta. Even if those numbers were identical, the audiences themselves might vary wildly. To that point, if 75% of an artist’s streams come from leanback playlists, are they powerful or vulnerable?

The last 20 years have seen countless products (Zune, HitClips) and platforms (Grooveshark, Limewire) die off. Some still push forward, shells of their former selves (we won’t name names). Others had close calls with financial purgatory before turning things around. Every story leads to the same thought experiment: If X, Y, and Z disappeared tomorrow, how many fans would you lose overnight? It’s an unlikely doomsday scenario, full stop, but it helps flag threats to your business (and raise opportunities to fix them). Generally, the closer creators get to their supporters, the lower the threat of disconnection.

Until the day internet servers combust, digital tools will continue to bridge the gap between artists and admirers. The best ones contribute content, insights, and earnings to your world, making it easier for teams to win online and IRL. To help think beyond playlist placements, we sat down with smart cookies from a handful of companies doing exactly that. Here’s what we learned.

Outline different paths people can take to find you. It’s easy to overlook most of them.

I’m a 40-year-old dad of three kids. I might have reached that part of my life where I revert back to stuff I’ve loved for years, as much as I thought I’d never be that person. But a few years ago, I was working at Pitchfork festival, and I just happen to walk by one of the stages. There’s a band called Whitney from Chicago. Stopped me in my tracks. That night, I listened to the record and posted the album cover on Instagram, It’s hard not to just be background when somebody’s walking to get a beer at a festival but that one really stopped me.

I used to volunteer for this organization called Built By Girls, which mentors young girls who want to get into tech industry and tech media. But anyway, my mentee, we’re doing this exercise about brands that are out there. And she brought up Billie Eilish as a brand, and I thought it was clothing like Lululemon or something. But she just said she loves the way she dresses, her merch. She mentioned everything but her music. I thought that was really interesting and then I became a fan from that.

Before I sleep, I like to watch shuffle videos. I can’t shuffle or moonwalk, but I like to watch these tutorials, and they’ll have music in the background. I’ll look up some of the songs and some have become my workout song for the past few months. For example, Marc Kinchen “17”, I’ve given him thousands of streams. But that’s how I discover some artists, it’s kind of like other influencers, what they’re using on their channels.

Combine content tools & consistency to build an expressive language for your fans.

Lil Yachty started working with us three or four years ago, before he got as big as he is. He understood his audience, his image, and what attributes of his persona created that affinity. We brought him in, shot some gifs and stickers, and equipped his fans with a method of communication. His gifs have between 2.5 and 3 billion views today.

When you see that image every single day, that becomes so powerful. It’s a touch point that goes beyond your music and your shows, it’s an interpersonal moment for active interaction, when someone sends a gif to friends or family. Kehlani, I think three hours before she dropped SweetSexySavage, she dropped these gifs she shot with us, and that let fans react to her music differently and plaster her face everywhere. It turned them into a street team.

It’s like the NBA. NBA Twitter is a pretty special place. The second any game’s over, win or lose, they’re just gifs flying everywhere, and that’s building brand equity and awareness for the team, the players, and the league.

Leverage different integrations to cross-promote what you’re up to off-platform.

We did a partnership with YouTube that lets you list your shows there, and we’re the only partner to list events on Instagram. So if you want to use your Instagram profile to sell tickets natively, you can do that. Same thing with Bandsintown, you can sell tickets in-app. There’s a huge difference between putting tickets up for sale verus creating a plan that drives toward one conversion point fans can buy into. If you’re linking to three or four different places, you risk losing that conversion, especially emerging artists. If they haven’t committed to coming to your show in advance, there’s a 50-50 shot they come at all. There’s lots of distractions that are just a text away. You want to go to where they are already.

Treat early fans like angel investors and do everything you can to foster connection.

Authenticity is who you are, and who you are is what you’re really asking people to buy into. You’re asking people to let you soundtrack their lives. Your song is going to be someone’s wedding song, someone’s first date song. At the beginning, it’s like a startup where your first investors might be friends and family. It’s about getting friends to buy in at the start. At some point it’s all faces you now, then you look up a year or two later and they’re all new. If none of your friends show up to see you, at the beginning, you might need to evaluate what you’re doing. It’s hard work. There’s no magic bullet.

When I was working at Tooth & Nail Records at this festival, and I was a graphic designer, but the CEO said everybody’s an A&R here, even if you’re in the mailroom, for this week. Bring something back to consider signing as your assignment. Well, there was a band that wasn’t invited to play the festival, but they had a generator on this patch of dirt, and it was like 100 degrees in Illinois, and they’re in suits, sweating, but they were going ape shit. It was an amazing show, and we ended up signing them in a Pizza Hut parking lot. It was memorable enough for me to go back and actually ask to do a thing that wasn’t my job. You never know who’s walking by.

If you look at the canon of the most popular gifs, there’s not always rhyme or reason. Look at the white guy blinking gif. I think that was from a Twitch livestream, it was this guy in the corner, it’s so small the resolution is shit, it looks terrible. But that became one of the most popular things on GIPHY within a few weeks. If you search for “happy” on GIPHY, you’ll see the full spectrum of what it means to feel that way. We’ve heard about children with disabilities using GIPHY to learn about emotion. It’s a reaction-based platform, so the results will also reflect what’s going on in the world at any given moment. “Happy” today will result in something different from searching “happy” 30 days from now. It might include a gif of someone celebrating at the Oscars if it’s within a week of that. It’s all a way to convey how you feel, so other people immediately get it.

Understand the world of affinity marketing, even if you choose to shy away from it.

It’s always crucial to understand your audience — what your fans are fans of. Bandsintown is going to generate show recommendations for our users based off of what they already listen to, what they already like. If lots of people say your music reminds them of Rihanna or Drake, you can use that affinity to target those fans directly. It’s a push notification, a personal email. “Because you listen to so and so, you might like this show.” And it’s usually accurate. You can actually type in an artist’s name on our platform and it’ll show you how many active fans they have on Bandsintown to gauge what your reach could be.

Our team recently experienced a video going completely viral on YouTube for one of the artists we’re working with, and we think it was because of the really thoughtful metadata approach, the tagging. It wasn’t just like, artist name, song title, “sounds chill.” It also contained affinity information, setting the tone for what and who the music sounds like. The next thing you know, people are commenting like, “This sounds like Imagine Dragons!” And the comments start flowing in. Next thing you know, the YouTube algorithm pushes that video next to an Imagine Dragons song and it snowballs. Then, because of that, we saw Spotify consumption go up 50% week over week without any new playlists being added.

Keep track of your IG engagement to stay aware of what’s resonating and what’s not.

On a rudimentary level, to look at your Instagram engagement just add the number of likes you have on a photo to the number of comments on that photo, then divide it by your follower count. Do that for enough different photos and you’ll have your engagement rate. We’ve found that anywhere around 10% is strong and 15% or higher is huge. 5% is average or a bit below average. Whether you have 1,000,000 followers or 1,000 followers, you can tell you’re doing something right if you’re hovering around 15%. If that drops to two, three percent, you might need to rethink your strategy. You can figure out those benchmarks for every channel.