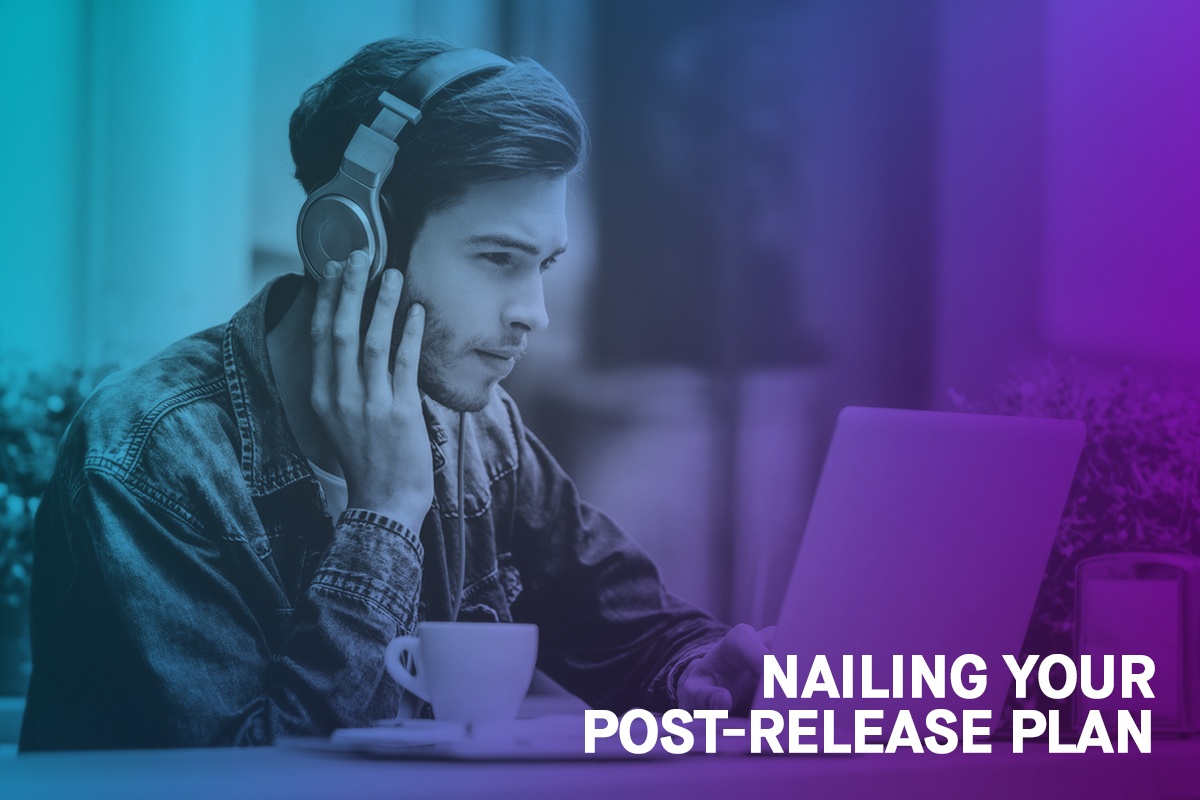 There’s a ton of work that goes into planning your upcoming release in the weeks, months, and sometimes even years prior to release day — but once release day happens, that doesn’t mean it’s time to relax. Once you’ve put something out there into the world you want it to remain relevant and fresh for as long as possible. It’d be a tragedy to share something you’ve worked so hard on to only have it be forgotten over the course of a week. That’s why an artist’s work is never really done, and it’s important to keep engagement with your listeners alive well past your actual release day. Here are some of the best ways to do just that.

In a previous article about having a successful release day, we mentioned the importance of having paid ads. This is a surefire way to make sure your fans realize when you’ll be releasing a new track or album. Of course, there’s a chance they’ve seen your ad, but forgotten to actually stream your music. Changing up your paid advertisements to share different content surrounding the release is a gentle way to remind your fans to listen to your music. For example, you could throw some advertising dollars behind a link to some great press like a review to make sure your vouches get noticed. Having a post-release day timeline and content plan is just as important as having a pre-release plan.

Here’s a great example of an ad for a new album from Coasts:

A streamable mp3 is great, but obviously not the only way to share your music. Depending on what works best for your brand and budget, you could consider releasing a follow-up music video, lyric video, or even a live video of you playing the song in a venue as a post-release strategy. This is a great way to essentially reintroduce your music to the world. It gives music you may have released two weeks ago as an MP3 a fresh and new feel. You could also try sharing other people playing your track, whether as a cover or as played by a DJ at a club. Covers and remixes are another great way to resurface music which has already been released.

Chelou released a totally animated music video that got great engagement, see below:

3. Encourage fans to share their own covers or remixes

Just as we recommended you to do a social media contest encouraging users to share feedback on your song or release via a custom hashtag, you could also encourage your followers to share their own personal covers, edits, or remixes of your song in exchange for retweets and support on your end. It’s a way to garner support for both you and artists less well known than you that may cover your song.

We can’t say enough how important it is to thank everyone who supports you every step along the way. Shoutout all the publications, writers, photographers, die-hard fans, and anyone else who you feel is seriously backing you up throughout your career. This shows humility and gratitude, and the fans will notice. It also works as an excuse bring good news to surface again.

Chelou are great at saying “thanks,” check it out below:

5. Use your spotlight to book shows

Now that you have a new release and are getting (hopefully) tons of attention, the time is right to pitch yourself to talent bookers, promoters, agents, other bands, and more to showcase your talent in a live space. It doesn’t matter if you’re playing music at a large venue, coffee shop, art show, music festival, or in your local subway station — you’re still getting noticed and have a reason to be there, which is to promote your newest release. As with tip 2, performing live shows is a great way to bring music which you have already released back to the forefront of everyone’s mind.

6. Partner with a cause or charity

After a release, you may have a tour booked or be present at other big events where you have a mic in hand. When all attention is on you, it’s not only important to discuss your release, but also the things you care about — maybe you’re donating part of your concert proceeds to a charity or spreading the word about another cause you care about. Now is the time to share these causes — it not only does the world good, but also shares a bit more about your personality which can help make you and your music resonate with fans on an even deeper level.

If you have a new release, it pays to speak directly to your audience about it on live radio. Again, this gives you the perfect opportunity to speak candidly about your song or album to a larger audience. Planning in your appearance a few weeks after your release is a great way to bring your music back into the forefront of any listeners minds. You could be like the band Republican Hair, who were featured as Lightning 100’s local artist of the week!

Hungry for more tips on how connecting with fans and getting your music heard? Sign-up for our newsletter and get posts straight to your inbox!