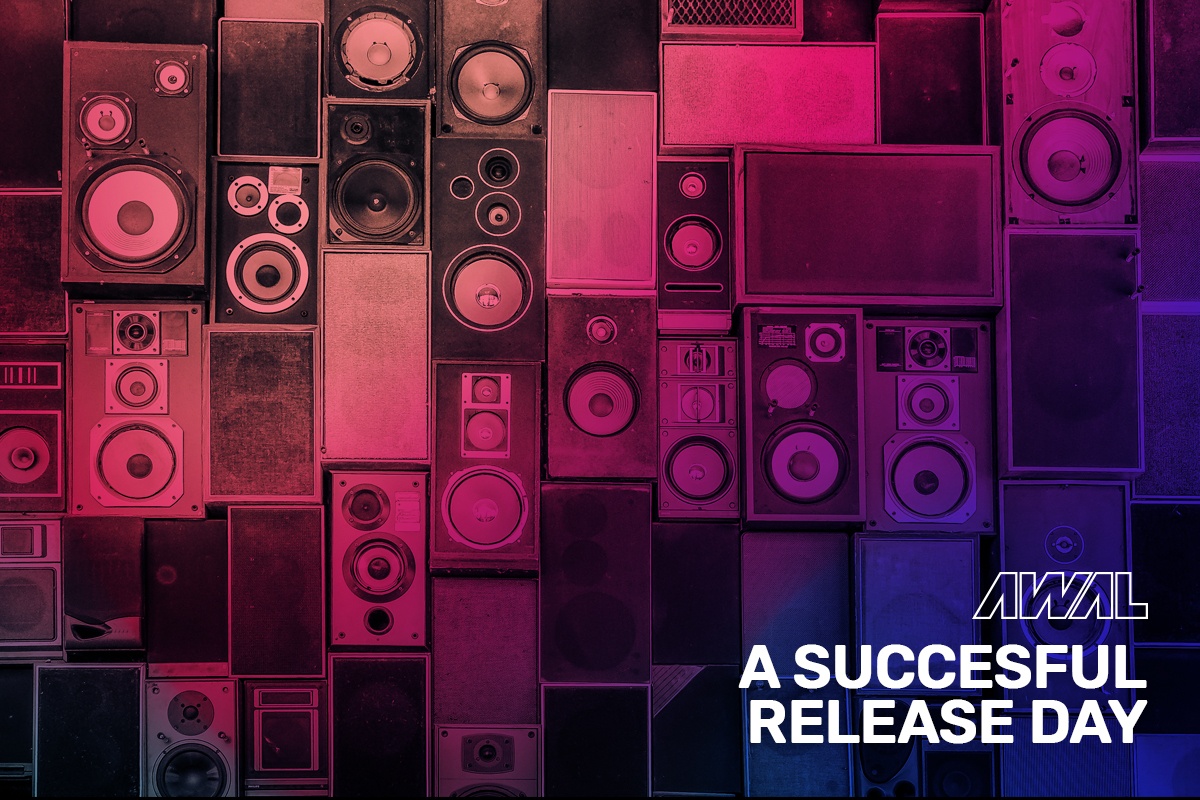 Your record is finished, the copies are in stock physically or digitally (barring any unexpected delivery setbacks), and you’re ready to unleash your new sounds on the world! In fact, you may be losing sleep with excitement anticipating that long-awaited release day. But how will you celebrate the birth of your latest creation? Start with these seven ideas for a not only a memorable but successful release day.

Contests are a great way to drive organic engagement and draw attention to your new release. They can be as simple or as elaborate as you want; you know your fanbase better than anyone, so make sure you tailor your strategy specifically to what you think they’d interact with.

Starting early in the day (and in the weeks leading up to your release), post across every channel encouraging fans to share their favorite tracks from your new release with a specific hashtag and to tag you in their posts. Your custom hashtag should relate directly back to your new album or single; try keeping it simple by transforming your release title into an easy-to-remember tag. Alternatively, create your own promotional post and encourage followers to share it on their own profiles along with your custom hashtag.

Don’t be afraid to think outside the box when brainstorming contest ideas. For example, if your band has a rocking, guitar-heavy sound, invite fans to record and share videos of themselves jamming out air-guitar style. Anything fun and engaging will capture your fans’ imaginations and get them excited about participating – and about your new record.

Like the contest concepts themselves, prizes really run the gamut. Something as simple as a retweet, follow, or direct message from you is probably enough to motivate some fans to share, but giving away signed CDs, concert tickets, or merch isn’t a bad idea either. Whatever you do, make sure to clearly indicate the stakes at the beginning of the contest so there’s no disagreement about who won later on.

Check out how AWAL member Grabbitz partnered with Dancing Astronaut to create a social media contest which drove extra attention around his latest album, “Things Change”.

2. Setup Real-Time Notifications for Your Fans

As you brainstorm your release-day marketing tactics, which may very well center on social media, make sure you’re also thinking of ways to make sure people actually see your posts and promotions. Consider methods that come with a notification for friends and followers in real time, like livestreaming on Facebook and Instagram. Otherwise, create a specific budget to promote your posts and ensure they’ll escape algorithmic traps, which plague artists at every level from DIY to mega-superstar.

3. Ask for Support From Friends

Chances are, you’ve got pals in similar-sounding bands or within your particular genre and scene. You might even share pockets of fans with these artists. Give your fellow musicians a heads up that your release day is approaching, and ask if they’d be willing to share a link and/or a track with their fans and followers via social media. (Bonus: Offer to do the same for them when they release new music.) Sometimes it’s really that easy. You just have to ask!

On release day, shoot them a DM with the link to your album or lead track. You can even draft a line or two of “suggested text” for a post; make sure to switch it up a bit for each person you’re DMing so their fans aren’t seeing the exact same post from multiple bands. Think about asking your friend to tag you in their posts so you can share or retweet.

Likewise, you’re probably a member of at least one or two genre-related groups on Facebook or via forums, independent mailing lists, etc. Make sure to share a link with these folks on release day and encourage them to pass it along to their listeners and followers. Just be sure the group applies to your music; if a metal artist pops into a folk-music group and posts a link to his or her new screamo EP, it probably won’t gain any traction (and will probably be deleted). A group catering to metalheads, however, will probably run with it and help increase your exposure.

4. Maximize on Exposure From Blog and Media Outlets

If you’re working with a publicist, you may already have a press strategy in place for your release, but if not, try to secure an exclusive premiere with a music blog on release day by contacting them directly. Not only will a public premiere help attract that blog’s readers to your tunes, but it’ll also give your release a bit of media cred; after all, you’ll be kind of a big deal if your lead single warrants a write-up and earns the respect of a hip blog.

If you manage to wrangle a premiere, make sure you parcel out your other promotional efforts so that outlet has a true exclusive for a set amount of time (typically around 24 hours). Also, remember to share your write-up multiple times across your various channels including via your website. Not only will it remind your followers you’ve got a new release and maximize your reach (i.e., if someone missed your first post, they’ll see it the second time you share it), but any extra promotion will also ingratiate you with the publication.

It’s your release day, so that’s reason enough to celebrate, right? Consider giving your music some love by planning a special release show or other event to promote your new music. Many artists opt to throw a release bash complete with a live set at a venue they’ve frequented in the past (such as one that served as their “home base” in the early days) or jump on a bill with friends and keep the party rolling all night.

If you’re playing live, especially if you’re performing with other acts, it’s a great opportunity to earn new listeners and move some copies. Chances are, you’re going to be pretty stoked anyway (who wouldn’t be?), so be sure to shake some hands between sets, let everyone there know it’s your big release day, and personally invite them to hear your new release. Take selfies, and ask fans to post photos with your release’s custom hashtag. Even better: consider sending attendees home with free, custom merchandise promoting your album. Attempt to theme your merch to the title of your album or single to jog their memories later.

What if the bulk of your fanbase is elsewhere (for example, if you just moved from Los Angeles to New York City and aren’t able to travel back for your release day) or the type of music you make isn’t exactly conducive to playing live? Hold a virtual release party via Google Hangouts or live-streaming platforms like Concert Window.

If anyone purchases your album during the party (which you may or may not be able to see depending on which platforms you’re using for distribution), make sure to thank them. For an added bonus, you can even think about telling anyone who buys a song or full album you’ll make up a tune using their name live during the party. Get fun and get creative! Any incentive to engage your audience will help you achieve your ultimate release-day goals.

Even if you’re also planning a show in real life, invite your hardcore listeners, friends, family, and fellow artists to join you from the comfort of their own living rooms earlier in the day via Facebook Live or a Twitter chat. Shake up the traditional release-party format and consider holding a Q&A session where share some of the stories behind the songs on your album.

By bringing people who love your music into your world in such an intimate way, as opposed to a straight-up concert experience, you’re deepening the already existing bond there and breaking down walls. You’re also creating a connection between your listeners and your new material; they’re getting to know the heart and soul behind your album and forge a relationship with it the very first time they hear it. Even in a virtual arena, having a direct conversation with fans about what your music means and the intention behind it adds gravitas to your efforts and makes it resonate.

*If you’re feeling ambitious or want to turn your release day into an online marathon, consider combining a full live set with a Q&A session for the ultimate virtual bash!

Hungry for more tips on how connecting with fans and getting your music heard? Sign-up for our newsletter and get posts straight to your inbox!