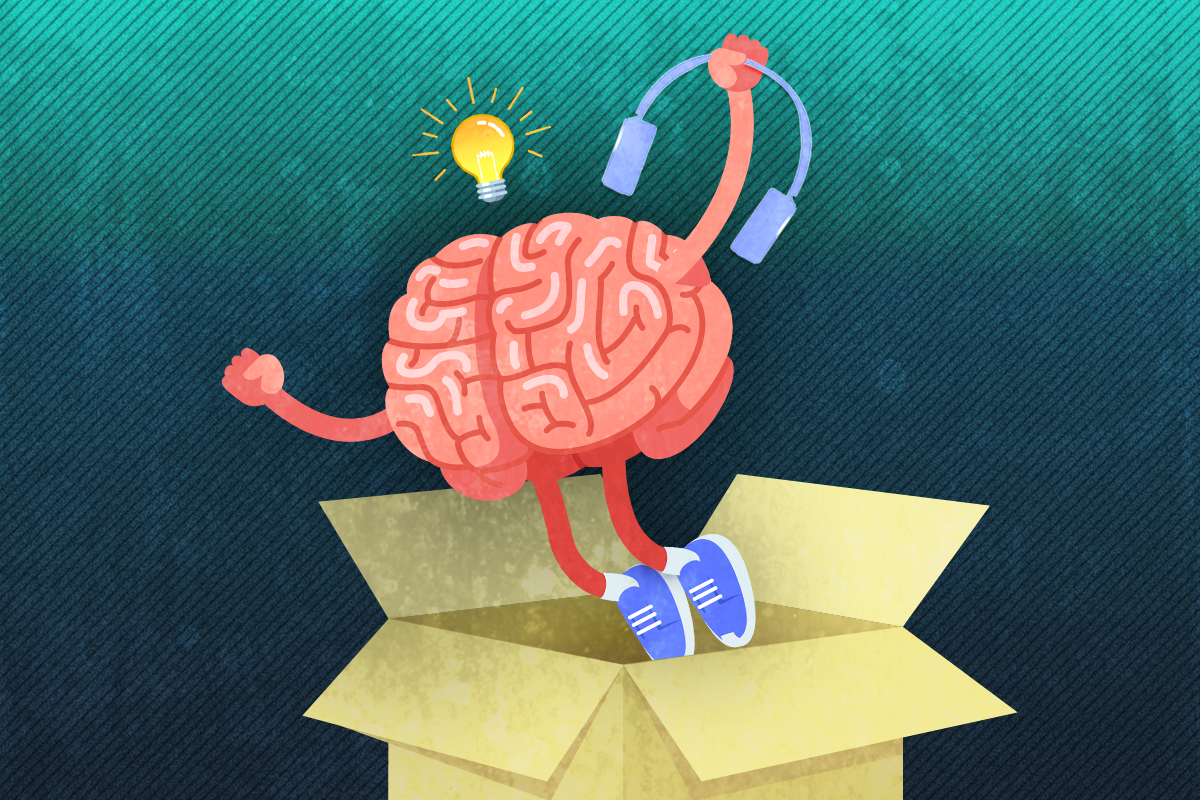 The three-piece Saskatoon band reintroduced themselves in August with How Do We Stay Here, an easy-on-the-ears alternative album that gives transience the cold shoulder. The 40-minute runtime is meditative. We can’t revisit the non-digital, the thinking goes — scrolling up and down won’t work on the timelines that don’t glow in the dark. Best to preserve what we can while it lasts. If the project was a self-reckoning labor of love from friends who’ve known each other since their Fisher-Price wagon days, its road campaign was an odyssey.

To complement the winding, wandering, layered songs of HDWSH, group members Will Quiring, Chris Morien, and Matthew Kopperud colored outside the lines for an unforgettable fan experience, tapping into the evolving technology of binaural audio. Unless you have a reaaaally powerful imagination, odds are 99.99% of the music you’ve heard in your life has been recorded, produced, mixed, and mastered on an X-Y axis. In other words, sounds are traditionally panned from left to right, or front to back. Reverb helps create the illusion of space, but it all really exists on the same flat dimension. “3D audio,” however marketing-speak the name, introduces more malleable distance and depth, essentially letting engineers plot a song’s parts anywhere within a sphere encircling the listener’s head. Think surround sound, but with a million speakers forming a bubble around you and only you.

There’s been a lot of talk about binaural recording techniques and 3D music. Earlier this year, Sony revealed its new audio format, 360 Reality Audio, which, like Dolby Atmos and DTS:X before it, aims to make that million-speaker-bubble scenario we just talked about mainstream. Fall into the right YouTube rabbit hole and you’ll discover a related niche craze, 8D audio. Hobbyists strip famous tracks for their stereo components and manipulate them in isolation — “Bohemian Rhapsody,” but orbiting your skull like a carousel. Why did Close Talker bother?

The emerging band hadn’t shared an album in two years. They needed to draw listeners new and old into their world and tour How Do We Stay Here across Canada and beyond. All of that begged a few questions in need of solving.

In a nutshell, Close Talker spent nearly 18 months assembling what would become IMMERSION, a cross-country headphone tour that presented their music in 3D, mixed live, with zero latency, or delay, alongside visual art installations designed by local creators in unconventional venues. They sent cold emails to equipment partners. They learned new engineering methods. They worked with iconic venues across North America. And they had a measurable return on investment worth writing about. (Literally.) The tour sold out.

According to Close Talker’s manager, a typical show would once upon a time generate about $4 – $5 per person in merch sales. On the IMMERSION tour, which hit the U.S. this fall, that figure jumped to about $12 – $15 per person. That jump — roughly 300% growth — might feel small, but it’s a big-time indicator of a growing band leveling up their audience’s commitment. It’s never harder to boost a fan’s willingness to pay than at the beginning. Those sales figures validated the experiential thesis that spawned IMMERSION. Meanwhile, on Spotify, the band went from 3,000 monthly listeners to 37,000, and amassed over 1,200 new followers, too (roughly 35% growth.)

Endless opportunity exists in music. There are more paths forward than ever. That said, it’s increasingly easy to fall into the trap of checking boxes, or banking a project’s success on playlisting or digital ads without considering audience development elsewhere. Close Talker’s experiment is a small but notable win in that context. Keep reading to hear first-hand how it came together.

There were a million moving parts to get this idea off the ground. What’s an example of problem solving that you’re proud of figuring out and working through?

Matt (Guitar): For starters, we budgeted even extra time of pre-production more than any other tour. We’re a three-piece trying to sound like a six-piece band. Our sound tech and partner on this project, Kellan, flew to Montreal early to figure out all of the equipment and setup in advance. We flew in a gentleman named Lucy to help us troubleshoot pre-production in Saskatoon before the tour started. Because the processing for the binaural performance is so intense, we had a full Mac mini backup, so if things crashed, another computer would kick in. It’s uncharted territory, doing this sort of show live. It’s like a canoe trip to somewhere you’ve never been. You want to bring a little extra trail mix.

Chris (Drummer): We didn’t know the idea was even possible when we first had it. A big challenge was just finding the pieces to pull it off. We’d demo certain products and we could tell it wouldn’t get the job done. Kellan met this guy, Hugo, on a chance encounter, and he ended up being our biggest supporter, securing SPAT tech and an Avid console for us. That was actually the moment we knew this was something real. There were strange hiccups, like ports being too close to each other or soldering cables together. One of the other initial ideas was to do the show in a major art gallery in every major city in Canada. We were excited about one gallery in particular, they were down to do it then pulled out two months later. It was a lot of convincing people to believe in us early, using every small proof of concept to unlock another opportunity.

How many of those relationships started as blind emails or chance encounters?

Matt: At least half. Or we’d find an advocate for us in different cities and they’d help us find a non-traditional space. Because it was a headphone tour, it freed us up a bit. We could perform in places with bad sound, a rooftop or somewhere strange. We played in the warehouse of a brewery, Collective Arts Brewery in Hamilton. We played the Art Gallery of Alberta. It wasn’t like, ‘Oh, a band of our size is supposed to play here.’ Shooting from the hip. It would have been a nightmare for a PA system. It was like eight months of setting up dominos and six months executing. The pitch went from “We have this crazy idea, do you want in on it?” to “We have this awesome tour, do you want in on it?” Now we have proof.

You really have to build a coalition to make these things happen.

Matt: I’d say there was probably 100 people involved in this thing. It was really a team win.

With so many players involved and so many variables in the mix, how did you guys approach the cost structure of the tour? What was your strategy surrounding monetization, or the importance of making a mark vs short-term revenue?

Chris: With finding partners, we would try to exchange marketing at the shows and in the videos we’d produce for their service or equipment. What are mutual benefits for all of us? The main goal, though, was to do something cool and promote the album in the weeks before and the months after it came out.

Matt: We honestly weren’t naive about it. We called it a high-integrity project, which is code for expensive and not viable [Laughs]. I don’t mean that negatively, either. This was about proving to ourselves we could pull it off and making a mark on the people in attendance. The goal was to break even and most of the people involved were extremely generous and shared our belief in the project. I think the idea was so crazy that it mobilized people to just help out. We never sat on a couch poring over an Excel spreadsheet like, “This will make us rich!!!” Our home province of Saskatchewan has an arts board. So Saskatchewan Arts Board, I reached out to and they helped us with a little bit of funding to go towards some equipment and personnel. Then partnering with Hugo and LS Media.

Chris: We’re fortunate in Canada to be able to bark up some trees for funding toward special projects. We could apply for some assistance to help cover our fixed expenses on the road. But it was mostly getting people and partners onboard and building it together. Then of course the tour just about sold out, too. So that helps. Most people bought a record from the merch booth. Our fans really treasure music. They helped close the cost gap for us.