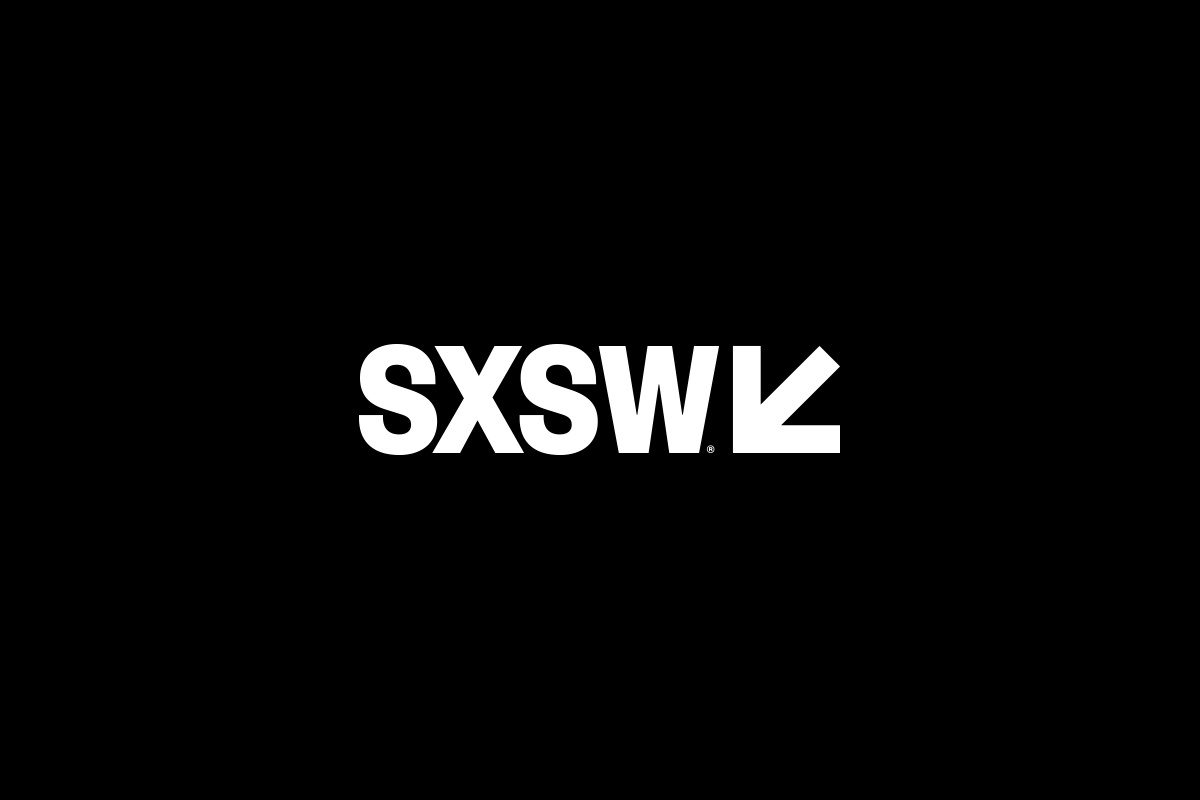 Whether you’re headed to SXSW for the first or 101st time, you know that every day at this iconic event is packed minute-to-minute with music, tech, and film — not to mention so many options for BBQ.

To help you make the most of this year’s festival, we asked members of our team and a few of our partners who are seasoned SXSW vets to give us their best networking, performance, party, and survival tips (along with the best places to eat in Austin, of course).

Check out our recommendations below, and if you’re headed to SXSW, be sure to stop by the AWAL House – the Official Home for Independent Artists.

1. If you’re talking to someone who hasn’t seen you perform, you have to be able to quickly explain what and who else you sound like. Don’t say “It’s hard to describe” — everyone thinks that that. And don’t worry if it’s not a perfect explanation. If your fans say you sound like New Kids on the Block, then just say that even if you hate it. — Jesse Feister, Director, Client Technology Products (10-year SXSW vet)

2. If performing, connect with other artists on the bill for your show(s), and try to get in a mix of activity with attending other events and shows.

If you are in Austin to network, hustle, and meet people, go to as many functions as you can and personally connect. Keep in mind that a lot of industry representatives attending SXSW are in a swarm, so when you do try to meet someone, focus on the spontaneous dynamic and natural conversation — follow up with more information on you and your music later.

Make sure you are capturing all that you are doing on socials in a way that’s natural to you and might help people discover you, whether they’re on the ground at SXSW or people tuned in from afar. — Sarah Landy, SVP, Kobalt Music Recordings (13-year SXSW vet)

3. If you’re at a loss, find some people you know who like cool shit, and follow them around. Also, go with the flow — if someone tells you to check out a party or a band, say yes and go and check it out, but always reserve a few backups if it’s not what you hoped. Being a bit flakey at SXSW is fine. — Matt Riley, Senior Director, Creative (five-year SXSW vet)

5. Practice your elevator pitch – and that is not just limited to artists that goes for us as well.  SXSW is an amazing week for networking but you’ll meet and talk to a LOT of people, and the person you are talking to is probably in the same boat.  Know what you want to say about yourself and your music but leave some time for memorable conversation so when you follow up its personal, and there is a real opportunity to make a human connection. — Emily Bines, Senior Creative Director (nine-year SXSW vet)

6. This may seem obvious, but attend as many of the workshops and seminars that are relevant to where you are in your career as possible. Networking at showcases can be difficult with the distraction and chaos of bands playing. And it may seem old school, but bring a business card!  It’s still the easiest way to give someone your info in a quick, digestible manner. — Phil McDonald, Label Manager (four-year SXSW vet)

7. Don’t be afraid to engage with people you don’t know, but always be sure to ask them what they’re up to and why they are there. You don’t want to come across as being all about your own agenda. — Chris Moon, President, NoiseTrade (20-year SXSW vet)

Best places to eat in Austin

1. Don’t fall for all the hype by taking a cab way off the beaten path to get some BBQ — Iron Works BBQ right behind the convention center is a great, nearby spot to grab a brisket plate and a Shiner for lunch! — Michael Nobrega, Director of Marketing (16-year SXSW vet)

Turns out, Iron Works is a popular spot for many — Ron Cerrito, Phil McDonald, and Jonny Dawson (of ATC — a seven-year SXSW vet) also cited it as one of their faves!

2. Maria’s Taco Xpress in South Austin on Lamar is my absolute favorite — the migas tacos are completely delicious. Generous servings and inexpensive.

La Condesa on 2nd St. is close to all the action and has great ambience.

Torchy’s Tacos on Guadalupe is good for quick bites and late night fare. Again, the migas tacos come to mind.

Walking around at night, there are tons of good options with food trucks and some pizza by the slice spots (such as Hoeks Death Metal Pizza on 6th St.). — Sarah Landy

3. After you’ve gotten your fill of BBQ, Austin has one of the best food-truck scenes in the country. Check out the food-truck courts east of I-35 on E. 6th Street, and you’ll find a wide array of amazing and affordable food. — Phil McDonald

4. Anywhere there is queso. The best burger hands down is Casino El Camino – it’s a great place for meetings, as well, because it’s always empty during the day. You just have to learn to drown out the loud ‘80s hair metal. — Emily Bines

5. I am partial to Easy Tiger, the bakery and beer garden (after you’ve eaten your fill of bbq)! — Hamish Crombie, Senior Director of A&R at AWAL/Kobalt (three-year SXSW vet)

My most memorable SXSW show

1. I was on stage with De La Soul during their performance at Rachel Ray’s day party. I’ve never felt so cool in my life. Once the show was over, I went straight back to the hotel since nothing could top what I just experienced. — Ryan Kofman

2. Banks last year. Her set was incredible — the music and stage show blew me away. Everything was done at a level of performing at a much bigger venue. Very professional. — Melissa Emert-Hunter

3. It’s hard to top my first year at SXSW in 1996, seeing Iggy Pop destroy a stage on 6th St. It was my first time seeing Iggy, and he was on fire!  Climbing the rafters and showing everyone up! — Chris Moon

4. The Oh Sees had a residency at Hotel Vegas in 2016. They played every day, and those shows were amazing — non-stop crowd surfing. Also, I loved Idols show at British Music Embassy in 2017. It was equally rowdy — lost all inhibitions! — Jonny Dawson

5. Har Mar Superstar noontime performance in North Austin near University of Texas campus two years ago. He’s just an amazing performer that can wrap a crowd around his finger and give it his all every time he performs. — Phil McDonald

6. It’s a tie for first between the Black Keys and Foals at Stubbs 2011 and the Communion Music Showcase in 2014 – Sam Smith, Hozier, Vance Joy, and Bad Suns. Foals is one of the best live bands I have ever seen. To see them in a room that small with that many music lovers in the same place is hard to match. It gives me chills to think about.

The lineup for the Communion showcase needs no explanation – that is what makes it stand out. Every year, Communion, which is a client of ours, curates the best lineup of talent to come; other alums include James Bay, Ben Howard, the Staves, and more. — Emily Bines

7. Fleet Foxes – before they were signed. They had a totally unique sound with their harmonies, vocals, and amazing songs and just totally blew everyone away. — Nick Robinson

1. There are a bunch of good all-day parties east of the freeway, but you can’t really go wrong on Rainey Street after midnight — so much going on. — Hamish Crombie

2. Check out some of the venues in the South Congress district. It’s a bit out of the way, but a little less congested than the 6th-Street venues. — Phil McDonald

2. Wear two pairs of socks. With all the standing and walking around on uneven ground and various surfaces of pavement, stone, steel, etc., it’ll help keep your feet (and you) feelin’ great all day. — Michael Nobrega

3. There are free drinks everywhere, and it’s usually hot and sunny. Drink a ton of water, and don’t be a goddamn rookie. — Jesse Feister

5. Make sure you drink plenty of water, and if you’re going to be out for a long day, have layers with you as it can cool down at night in Austin in the spring.

As for help getting around and mapping your day in terms of shows that you want to see, the SXSW app is really useful, and you can build a schedule each day. Also, you can set up meetings in nice hotel lobbies and recharge and use the restroom. — Sarah Landy

6. Plan to start every day with a breakfast or brunch meeting. You need those eggs, coffee, and water to keep it rolling. Don’t have any margaritas in the morning unless you are still out from the night before. — Matt Riley

7. Dr. Scholl’s inserts — I don’t care how young you are! Have a few emergency blister Band-Aids and a lighter even if you don’t smoke. Some of the best connections I’ve made came from lending someone a lighter and sparking up a conversation after a gig (forgive the pun). — Emily Bines

Key tip for standing out at a massive festival

1. Treat every set like you’re headlining a sold-out 500-cap venue. Don’t let low attendance or any kind of noise bleeding jeopardize your true set. You never know who might be watching. — Ryan Kofman

2. The most compelling live bands generate hype simply through word of mouth at festivals. So if a band is incredible live, people will hear about it. Focus on playing a solid set, and having everything updated online for people to check out afterwards. — Melissa Emert-Hunter

3. Have your artist name on part of your gear so people know who you are — like your kick drum, for example. — Ron Cerrito

4. Be authentic and natural, be a fan. Share your experiences and enjoy it, and your fans will enjoy it too! Talk about what you’re excited to see, the amazing food and friends you bump into, etc.  Last year, at our day party, the Current was doing an interview with Britt from Spoon and Har Mar Superstar jumped into the frame to say hi and crashed the interview! Those are the memory-making moments we all love to see!

We’ll be back on Rainey St. at the Blackheart for another four days of day parties this year, called PledgeHouse. The Current is joining us again, doing sessions from our indoor stage this year, which you’ll be able to stream online.

We have an embarrassment of artists playing this year, including Frank Turner, Jade Bird, Gang of Youths, Mt. Joy, Ezra Furman, and so many more. Can’t wait! — Chris Moon

5. I see more and more artists promoting each other on Twitter and Instagram. If you can get a bigger act to give your show a shout out on Twitter, then you’re halfway there! — Hamish Crombie

6. Those with the greatest songs ultimately are the ones who break through. Buzz is worthless. Great songs are forever. — Jesse Feister

7. Bring your absolute A-game performance and set sequence, but roll with the punches of any technical difficulties and minimal time to set up in many cases of shows at SXSW. Since nearly every business establishment turns into a venue and streets are full of music coming out of spaces left and right, crowds are used to technical difficulties, so your stage presence really comes into importance. — Sarah Landy