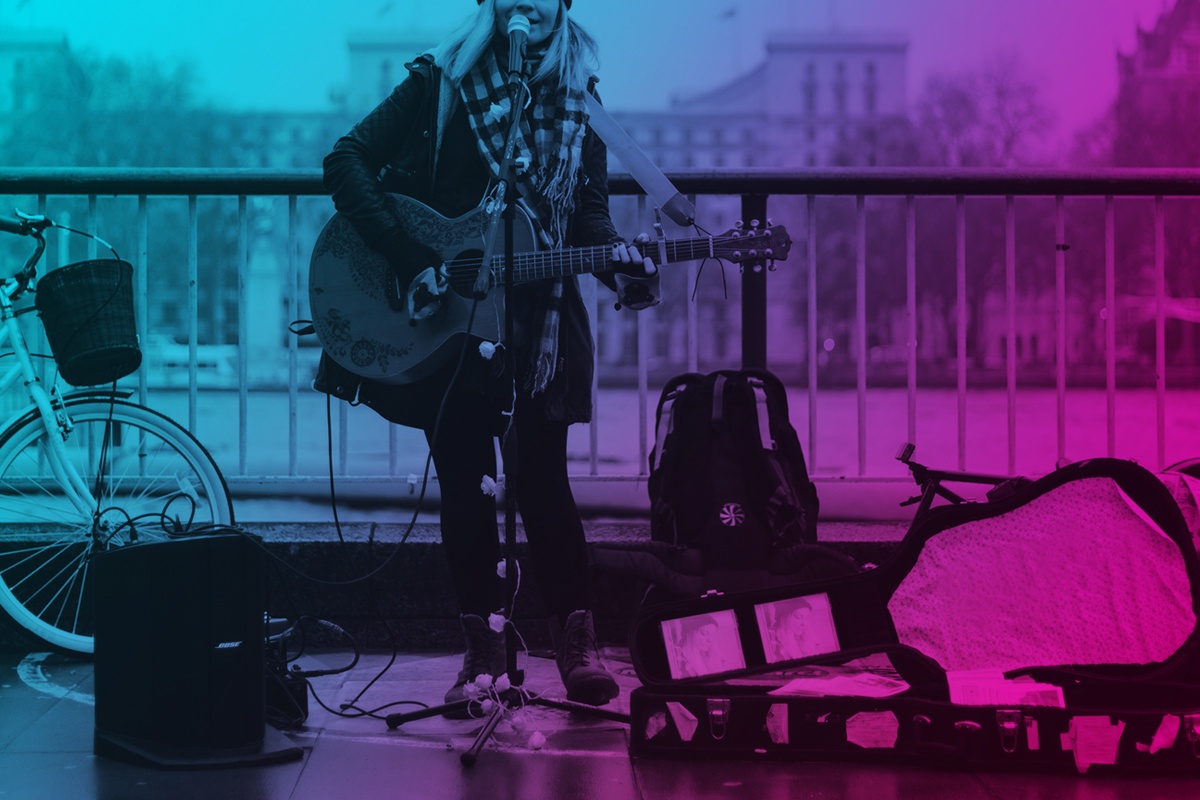 When it comes time to create a plan for your next release, the costs can quickly add up. From production and recording to designing and distributing your music physically, digitally, or both — not to mention other expenses that could include everything from photographers to merch — it’s important to know how you’ll pay for it all.

Fortunately, fan funding is a way to finance the many aspects of your release, tour, music video — whatever it is coming down the pike for you as an artist — via your pool of dedicated fans and other music supporters from around the world. Plus, fan funding acts as a great way to bring your supporters even closer to the project.

Below, we’ve rounded up three of the most popular and prominent fan-funding platforms for independent artists today and included everything you’ll need to know in order to get started.

Since 2009, PledgeMusic has served as a direct-to-fan funding platform for musicians and performers to pre-sell, market, and distribute music projects such as recordings, music videos, concerts, and more to their audience. It’s unique in that it’s tailored specifically to musical artists, whereas fan-funding sites like Kickstarter can be used for any type of product. Anyone from an independent artist just starting out to a globally recognized band can join PledgeMusic.

Pledgers can search which projects they’d like to back based on release date, as well as the type of reward the artists are offering per pledge — from tangible, signed products to house concerts.

Fans aren’t charged unless the artist hits their target, which happens to be hidden on an artist’s profile, so choose that number wisely when starting a fan-funding campaign. For example, Kobalt artists Steel Panther reached 108% of their goal using PledgeMusic to fund the release of their album All You Can Eat by offering fans limited-edition merchandise, memberships to their fan club, signed guitars, and more that pledgers could pre-order prior to the album release in spring 2014.

PledgeMusic has an even higher campaign success rate than many popular fan-funding websites (a whopping 90%), so there’s a great chance that you’ll reach your goal with their targeted program options.

Hot Tip: Use PledgeMusic to donate some of the funds you raise to a charity of your choosing — 67% of campaigns on the site are tied to a charity!

Patreon is a web-based fan-funding platform for creatives to manage a subscription-driven “fan club” of sorts for their supporters, or in this case, patrons. Only taking a 5% cut from patrons’ monthly or per-project donations, Patreon’s platform (which includes, but is not limited to, musicians, photographers, videographers, fine artists, writers, etc.) allows its creators to collect subscription fees from supporters in exchange for exclusive content or other initiatives.

As you can see above, some artists currently are backed by over $30,000 per project thanks to their dedicated fan-funding patrons. Patreon encourages patrons to consistently invest and believe in the careers of their creators rather than donate on a per-project or release basis, as many other fundraising sites do.

In other words, rather than supporting niche projects, patrons can choose to support an artist in a more general sense. In return, creators can offer exclusive fan-funding content or experiences for those unique backers. For example, as a musician, you can pledge to perform an exclusive concert for your Patreon patrons if they donate $20/month to your endeavors. Patrons can also pledge a dollar amount per song or video released. With over 1,000,000 active monthly users, it couldn’t hurt to add this platform to your arsenal.

Hot Tip: Allow patrons to pledge as low as $1 per month to give them early access to releases, which is technically no cost to you, the creator!

Launched in 2009, Kickstarter’s mission has been to foster creative projects via global fan funding campaigns. The company isn’t solely for music-related projects, but rather to fund anything from technology startups and food-centric products to art projects and films — although currently, there have been over 52,000 music-related projects to date available to fund on Kickstarter.

With a Kickstarter campaign, you can offer your dedicated backers digital products, physical items that you can ship directly to customers, experiences, and more that they essentially pay for in advance. This way, you know how much you should spend on your project before hitting a wall in order to reach a fan-funding goal that you select prior to launch.

You can offer a variety of generous reward tiers that cost backers $1 to $1,000,000 (or more). Backers can choose which fan funding tier they’d like and pay in advance via Stripe. Perhaps even more generously, backers can pledge funds without selecting any reward at all.

Once your target is hit, your backers are charged, and you can move forward with your project! Since launch, over $3.5 billion has been pledged via Kickstarter and counting.

Hot Tip: Make a unique, killer video for your campaign page to really let your project shine. Making a compelling video that’s both informative and excitement-inducing could really help your fan-funding campaign go viral, and Kickstarter has some helpful tips on how to do just that.

It goes without saying that these are not the only viable means artists should explore when looking to secure fan funding for an upcoming release or tour but simply some of the most popular and noteworthy methods. Doing the research ahead of time to find which method is best for you based on how much money you need, what you’d like to offer fans, and how quickly you need resources will certainly pay off in the long run.

It’s important to note that artists should also keep a close eye on the full offerings of partners they’ve recruited as part of their team who offer fan-funding opportunities as well. For example, when the time is right, AWAL offers artists the possibility of funding at certain stages of their career, so don’t sleep on opportunities that are already right under your nose.

Hungry for more insights on how to skyrocket your career? Subscribe to the AWAL Weekly and we’ll shoot posts straight to your inbox every Tuesday!